Hello & welcome to my Sewing Diary 🪡 a place to share my sewing plans & dressmaking, pattern & fabric reviews and pattern & fabric pairing inspiration, with snippets of tools, gadgets & notions that I use or desire.

You can also find me over on Minerva as a Minerva Brand Ambassador.

(As a member of affiliate programs, I earn from qualifying purchases). 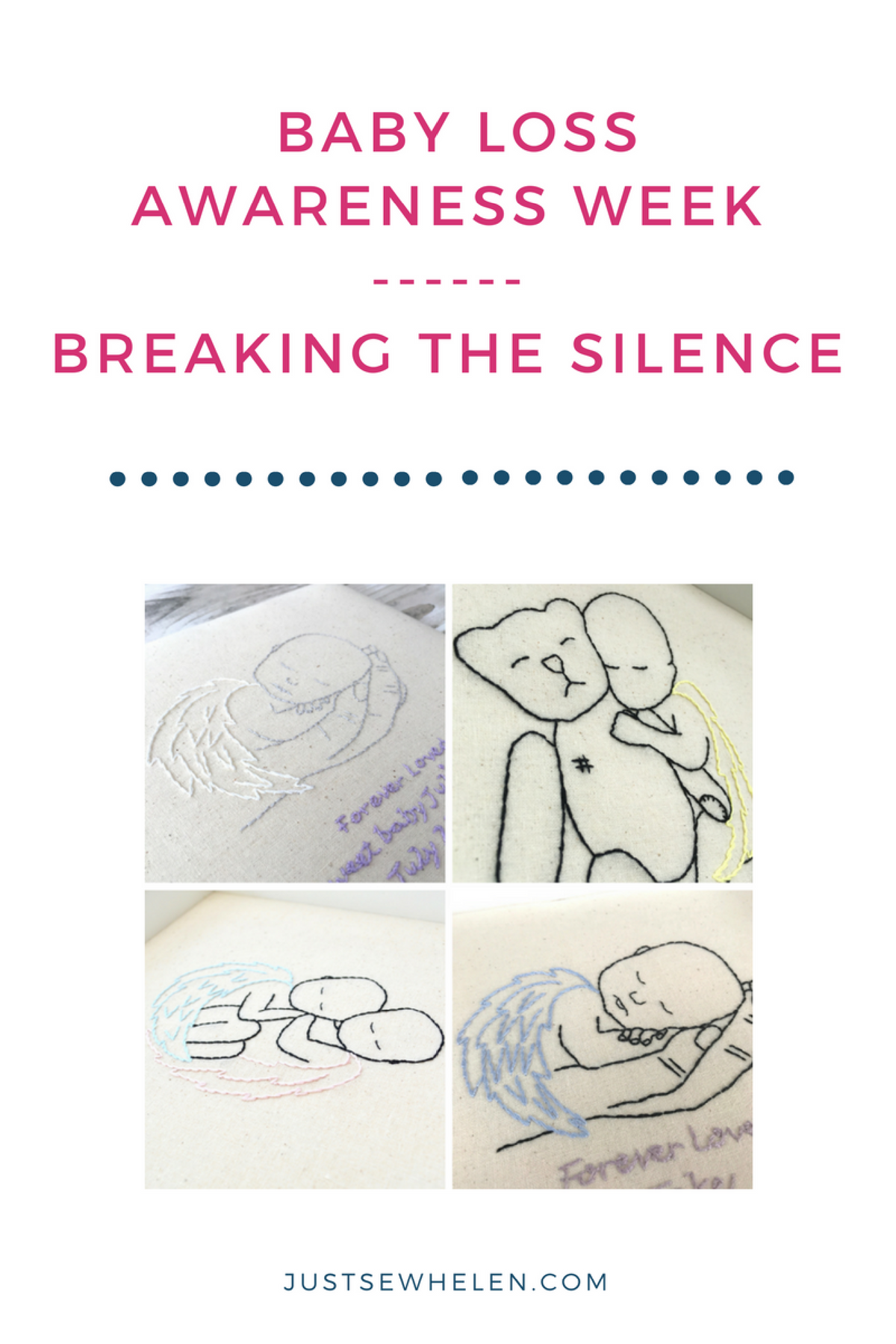 One aim of baby loss awareness week is to bring the topic into the open & encourage more people to talk openly about all forms of pregnancy & infant loss.

I am one of the many who has never talked about my losses, 2 consecutive miscarriages between my first & second child.

Our first child was about 2 when the time was right to try for another baby (number 4 for my husband who had two children from his previous marriage).

It took us about 10 months to get pregnant and all appeared to be going normally with breast tenderness and some morning sickness until about 6 and a half weeks when I became aware that my breasts were not so tender or heavy. I tried to convince myself it was in my imagination and someone at work offered to have a look on scan.  I work as a midwife and undertake detailed ultrasound scans and fetal cardiac scans and therefore had easy access to ultrasound. The appearances were of an early pregnancy (less than 6 weeks) and no fetal heart beat was visible at that point. She told me my dates were wrong and the pregnancy was earlier than 7 weeks and to rescan in another week. I knew my dates were accurate and had also had a positive pregnancy test just after 4 weeks. Deep down I knew the pregnancy was ending and at 7 and a half weeks I started with some bleeding and over the following 4-5 days lost the pregnancy at home.  I experienced a lot of back pain and bleeding and knew when I had passed the pregnancy.

I took 2 weeks off work - working in a maternity unit is not the best place to be following a miscarriage and I went to my GP for a sick note after self certifying for one week. I remember all the words from my GP and didn’t hear the words “I’m sorry for your loss” and wondered why he was telling me that 1 in 36 women go on to have a second miscarriage - just what I wanted to hear a few days after losing the baby.

We started trying for a baby as soon as I was physically able.  I was 38 by this time and didn’t want to wait.  Again it took about 10 months to get pregnant.

My second miscarriage was a little girl & she had trisomy 21.

I was 10 weeks pregnant and one of the doctors at work offered to have a quick look on scan.  All seemed to be going well and I still had early pregnancy symptoms so that was reassuring. I obviously knew straight away that there was no heart beat and I felt so bad for the doctor who had kindly offered to look.  I had always had a fear of turning up to booking clinic, having a scan and suffering a missed/silent miscarriage and my fears happened, just not in that setting. I heard my GP’s words again - another statistic 1 in 4, 1 in 36 - stats irrelevant when you’ve just lost another baby.

I couldn’t face starting the induction process at this time and just needed to get home - my husband was working away in Ireland and my son was with the childminder - I can’t actually remember if I picked him up then or went back later as it’s all a bit of a blur - the latter I think.

I had noticed that there appeared to be a large nuchal translucency (NT) on scan and for anyone who is not aware this increases the chance of a baby having a chromosome difference, in particular Down’s syndrome or Trisomy 21.  I spoke to a colleague and asked if he would repeat the scan to check the NT.  He agreed that it appeared large but no actual calculation could be done to give a risk as it was too early (less than 10+6 weeks). We did discuss testing the baby after delivery.

I then attended EPAU (Early Pregnancy Unit) and went through the usual process of taking medication for medical management of miscarriage & took the tablet Mifepristone to lower the pregnancy hormones.  It is possible to just wait and let nature take its course but there is no way of predicting how long that would be.  I really didn’t want a surgical procedure, a D&C type operation or evacuation of the pregnancy, and have cared for women undergoing this procedure.  I have nothing against this method but it wasn’t right for me and having gone through a previous miscarriage I knew I could cope with it physically.  I also didn’t want a general anaesthetic if it could be avoided.  I really wanted to miscarry at home again but the service doesn’t allow the second course of medication to be taken home.

Two days later my husband & I went to the gynaecology ward for the course of tablets and pessaries to induce a miscarriage.  Pain relief was available and I took tablets but preferred not to take anything else at that stage, in particular pethidine - again not for me but right for some women.  After about 4 hours I delivered our little baby, about 5 cms in length in a bedpan in the bathroom.  I remember at the time there was a cleaner dusting my room when I came out of the bathroom and told my husband, she didn’t know what to do with herself and politely made her excuses. Odd what you remember at such a horrible time.

I don’t think my husband even knows that I named her Poppy.  The first sympathy card we received was from one of the consultants at work & had poppies on the front. I have all of the details, scan photos and cards in a box.

I don’t dwell on these babies & ironically our second child wouldn’t be who he is if these babies had survived. Both losses were obviously difficult both physically & emotionally & in my line of work I know it is usually due to something being wrong with the baby but at the time that doesn’t matter – they were still my babies.

Our second little one’s heart stopping in utero saved us the anguish of being faced with a high-risk screening result and the inevitable roller coaster that would have followed regarding considering whether to have prenatal diagnosis or not and then thinking about what we would do with any abnormal results - she saved us that pain and difficult decisions.

We are lucky to have two healthy boys & I do think about our other two babies that, in retrospect, weren’t meant to be. I know that many aren’t so fortunate to have any children after miscarriage or emotionally find their miscarriage(s) extremely difficult to cope with and I cannot imagine how hard this would be.

So much more needs to be done to break down the barriers to talking about pregnancy and baby loss and providing adequate bereavement services for families experiencing losses.

Baby Loss Awareness Week concludes with the Wave of Light at 7pm on 15th October to remember all of the little ones no longer with us.

Further details about Baby Loss Awareness Week and the charities involved can be found here.